fantasy from PA, I'm guessing? Welcome to PivotAnimators. Nice animations you got there, I don't have time to CC so let me tell you some pointers you should look out for. Try to flow the movements to make it look more realistic, as in don't make it stop and go. The flip was too fast, I suggest you to watch some videos about someone doing a backflip and you should try to animate it, trust me it'll be a great help. 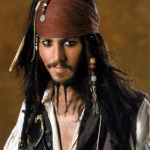 Bravo, it's good you are trying more advanced movements, I think you're major issue is spacing:

Top animation:
This one was ok but actually worse than you're previous ones, the spacing in this one was really shaky, the way this happens is when you go frame by frame, the joints stop and go, which doesn't happen as much in you're previous animations. But the posing was fairly decent. And that movement isn't very easy to animate so big ups to you for trying it

Second Animation down:
This one was also really good, but I think that he should have bent in a little earlier in the jump, and it's very good you animated him bending down then pushing up! A lot of new animators just start with the stick man already bent down so well done on that. Only thing I would say is have him bend down a bit more so he can jump a little higher, because his head was dangerously close to the ground. And again in this one, try to focus a little on spacing.

Third Animation down:
This one was very good, and had better spacing than the top two. But, in this one, he should have bent a lot more, and jumped higher, because his head was toughing the ground at one point, normally, some one would break their neck doing that. Another way of fixing this is making the person bend earlier during the jump. But a really nice thing was you took the effort to do a full body stick and a gradient background, it's nice to see people put this amount of effort in to simpler animations, keep this up and I'm going to come to really enjoy you're animations, not that I already don't though lol.

I won't CC anymore of them as I am unsure of how new the others are. Just pm me if you want more cc.

, its great to get some great advice from a great pivoter, i aprecitae it. Update, inters attempt

Well, the thing I saw was that the spacing was not so good. Fix it and you might be in inters

nice i like your interz attempt 2, but the animation is Stop and go,try to fix it and make it more realistic ^^.
Trix~

lol thanks man, and yea, everyone says that.
Attempt at fixing stop and go XD!

Pivotfantasy wrote:lol thanks man, and yea, everyone says that.
Attempt at fixing stop and go XD!

Fixing stop and go is simple. All you do is continue the flow of the movement. As I can see, you might have learned that on your own...? The running seems a bit weird, plus before running you need to start up slowly then fast. Naturally, we don't really move our arms like that while running, we move it in a slow way and it doesn't flay around like a rag-doll. Your flow is nice, your easing is good. The power of the last kick was off. Also, there was no charge up. As in, how did it lead to a kick? (though, I might be wrong about that.) Also, we don't bend that much after kicking. I honestly think you have the potential to become intermediate soon, good luck mate.

Your fairly close to interz.
Try moving your joints more freely, on your animation his back and head is really stiff. But your on your way.
Border Interz
___________________
Hello. 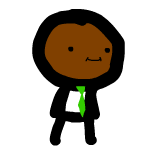 Hey guys, this is a preview of my part of a joint im having with my friend

its short but w/e XD!

BTW, i used pivot 2.2.5 so, i know the full bodies have alittle shakiness

i dont like how people cheat with pivot 4s connection feature, i like to find my own way with full bodies <3 :3
and thanks

Your animations are pretty stiff, work on it.

Fix GIF rape by reading the tut of AtokNiiro's: Unrape an animated gif

Freakin' use Pivot 4 to un-rape the gif.

Pivotfantasy wrote:Number 1, i cant do piv 4 because if you read, my friend doesnt have it so we have to do pivot 2.2.5. Number 2, ill try that thanks

Thanks man :0
Update:
leap of fate

Just tryin some movements out

It's kinda smooth. However, it needs some work on easing and flow wich means that you must do a transition between one move and an other. In other words: It shouldn't be stop and go-ish . And it shouldn't be stiff as well. But it's decent.
All you need is to learn the basics more and practice and you'll be good

Thanks man, i luv this forum

, I had a forum that 2 admins quit and put me (moderator) as the admin and the forum ended up dieing. I dont want that to happen to this forum

You're getting a lot better. I think your spacing is sometimes very inconsistent and too slow in some parts. In the newest, the spin kick was very stiff on the upper body and stuff...Just keep animating man I am definitely seeing improvement.

, i dont know why i have stiffness every, hopefully this animation doesnt

Nice, Your boderline, But contact Jojo or Tolb through PA(.org) and they'll make a thread in the staff section

Thanks and will do :p

I am sorry. I will not make you a move up thread until I find you worthy.This animation I like and find that it is inters, but you will have to make at least one more like this to get moved up, got it?

Why don't all the beginners make a long serious animation that actually shows where they are in rank?

Just decided that i havent animated in while, and decided to use my full bofy dbz pack

one if my most successful if i do say so m'self

Your animation's alright, however, you still lack flow bcause it looks stp and go-ish, maybe it's just me. Also, I don't like that doubl framing at the end, it's a cheap way to slower movements, I'd say that you have to do some in-between instead. Another thing is that you could have improvd the fall a tiny bit.
Over all, it's O.K.

Thanks sifter, that's awesome coming from you :Dreally appreciate it.

Gonna update in abit my fello fans (my parents)

P.S I know about the double framing... I hate it as well, but I was rushed when makin the anim. I thought it was pretty good to thread so I did

ill probs make this 500 frames.. its a big project for me